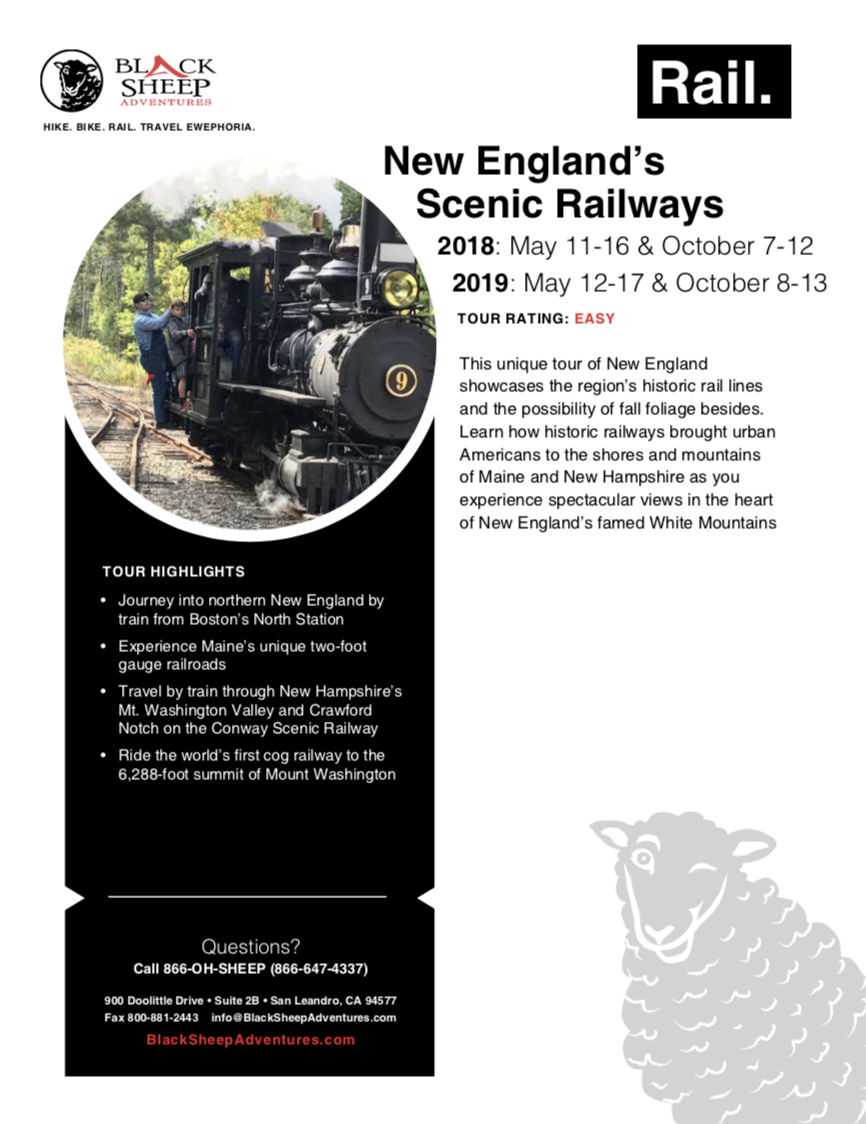 This unique New England Train Tour showcases the region’s historic rail lines, historic trains, and the possibility of New England fall foliage. Learn how historic railways brought urban Americans to the shores and mountains of Maine and New Hampshire as you experience spectacular views in the heart of New England’s famed White Mountains. 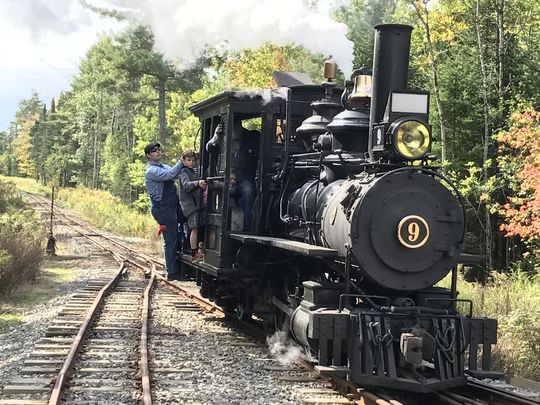 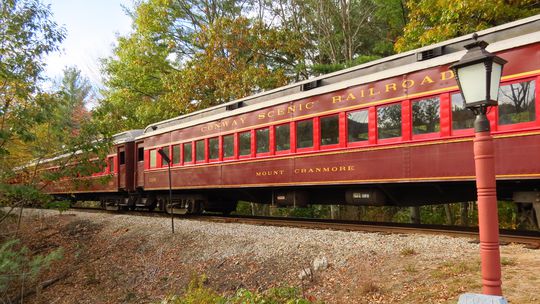 Day 2 — Portland Museum of Art & Winslow Homer Studio
Experience America’s intercity passenger-rail renaissance aboard Amtrak’s Downeaster to Portland, Maine today. The train departs from Boston North Station, which from 1965 until 2001 served only commuters. Now, five daily Downeaster round-trips link twelve municipalities in three states. After our midday arrival in Portland we will take a short ride down to Scarborough, Maine home to the Winslow Homer Studio. We spend the afternoon exploring the studio on a private tour as well as a docent led tour of the Portland Museum of Art. In the evening enjoy dinner with views of the Portland skyline.
Meals included: Breakfast, Lunch & Dinner

Day 3 — The Railroads of Maine
This morning, we visit a gem of Maine history. In most of America “narrow gauge” meant three feet between the rails. In Maine, a gauge of two feet was adopted for logging railroads in the woods and by five common-carrier railroads that totaled 187 route-miles. The 43-mile Wiscasset Waterville & Farmington operated from 1895 until 1933. The WW&F Railway Museum has recreated 2.5 miles of the original railroad, which we ride on via train powered by a restored steam locomotive. Afterward we visit the Maine Maritime Museum at the historic Percy & Small Shipyard in Bath, ME. Exhibits tell the stories of the shipyard, the neighboring Bath Iron Works, and the place of Maine’s people and vessels in global commerce. Meals included: Breakfast, Lunch & Dinner

Day 4 — Conway Scenic Railroad in the Mount Washington Valley
From the 1870s through the 1920s, multitudes of eastern city-dwellers summered in the White Mountains of New Hampshire and western Maine. They came by train and we will recreate a bit of their experience. A transfer from Portland by vehicle will take us to a midday train on a rail line they traveled. It became part of the Boston and Maine Railroad in 1890, and its passenger trains connected this valley with Boston until 1961. Freight service continued until 1972 and excursion trains began in 1974. We will enjoy lunch in the Chocorua dining car while passing Mount Chocorua, Mount Kearsarge and Mount Washington. Afterward we transfer to our hotel.
Meals included: Breakfast, Lunch & Dinner

Day 5 — Crawford Notch in the heart of the White Mountains
The Omni Mount Washington Hotel is among the finest of surviving historic resort hotels in the northeastern United States and we spend the morning exploring the hotel on a guided walking tour, a hike to a nearby waterfall, or simply relaxing on the wrap-around veranda. In the afternoon take another ride on the Conway Scenic Railroad through the White Mountains, this time through Crawford Notch in a historic dome car providing scenic views along this three-hour ride. Meals included: Breakfast, Lunch & Dinner

Day 6 — To the Summit of Mount Washington by Cog Railway
Ride to the 6,288-foot summit of America’s most topographically prominent peak east of Colorado. After he got lost hiking and spent a freezing night on the mountain, New Hampshire native Sylvester Marsh conceived of a railroad to the top. Though his idea was ridiculed, the New Hampshire legislature gave Marsh a charter to build it in 1858. The Civil War intervened, and the Mount Washington Cog Railway was not completed until 1869. It was the first of its kind in the world and it stimulated hotel expansion and transportation improvements throughout New Hampshire, Maine and Vermont. Our train will employ a 19th Century steam locomotive built for the railway by Manchester Locomotive Works. After lunch along the shores of Lake Winnipesaukee we return to Boston for flights home.
Meals included: Breakfast & Lunch 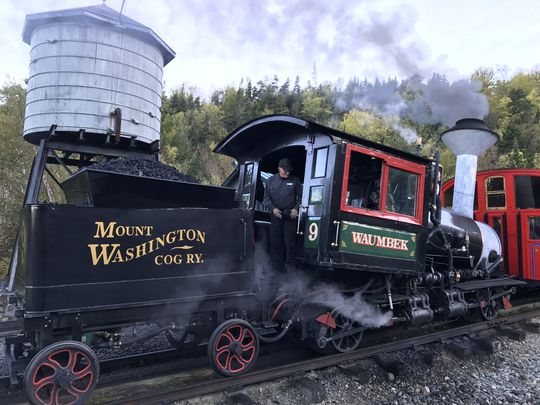 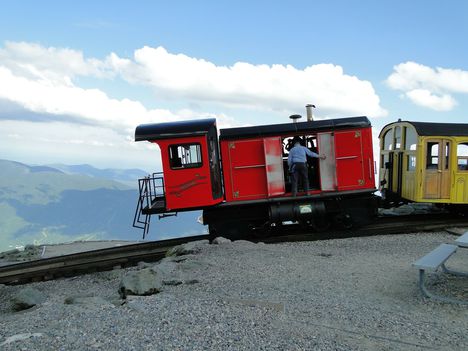 Holiday Inn by the Bay – 2 nights
Set along the beautiful shores of Casco Bay, the hotel’s location combines convenience, entertainment, and beauty to create the perfect environment for every traveler. Offering a waterfront view that extends to the Calendar Islands, the hotel’s setting fully captures the beauty and culture of Maine.The hotel’s location provides a variety of entertainment options for its guests. The Old Port District is just a short walk away. The hotel includes a beautiful indoor pool and sauna where guests can relax. Rooms are welcoming with all up-to-date amenities including complimentary Wi-Fi.

Colorado Scenic Railroads In The Rockies

Arizona & New Mexico SouthWestern Railroad Hospitality
Interested in a different Railroad Journey? Contact us to learn about designing your own custom adventure!